Joining Outcry at tonight’s performance are the following performers: 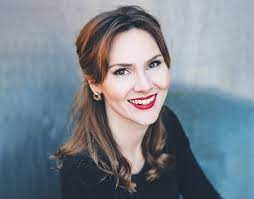 Praised for her ‘warm mezzo’ (The Telegraph) and ‘velvet-voice’ (Daily Telegraph), British-Spanish mezzo soprano Marta Fontanals-Simmons Fontanals-Simmons has emerged as a ‘strong artistic personality and an unflinchingly direct communicator’ (PrestoMusic) andan interpreter of a broad range of repertoire.

She was awarded the Prix de Lied at Le Concours International de chant-piano Nadia et Lili Boulanger in Paris and was a finalist in the 2014 Kathleen Ferrier Award at Wigmore Hall, London. She is a graduate of the Guildhall School of Music & Drama, where she was awarded the prestigious Gold Medal and was a Jerwood Artist at Glyndebourne for the 2015/16 season. 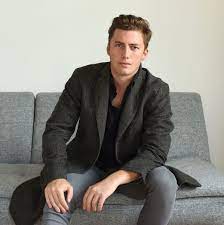 His 2022/23 season includes the role of Brother in a new production of The Seven Deadly Sins for Teatro Colón, a return to the Royal Opera as Schaunard La bohème and debuts as Harlequin Ariadne auf Naxos for Opera North and Albert Werther for Grange Park Opera. On the concert platform, he sings a number of concerts with the OAE featuring Bach Cantatas as part of their Bach, the Universe and Everything series at Kings Place.

Recent roles include Marullo Rigoletto and English Clerk in David McVicar’s new production of Death in Venice for the Royal Opera; Marullo for the Festival Berlioz and Bremen Musikfest; Anthony in Giorgio Battistelli’s Julius Caesar for Teatro dell’Opera di Roma; Belcore L’elisir d’amore for Opéra National de Bordeaux and Melot in a new production of Tristan und Isolde for the Festival d’Aix-en-Provence.

Concert engagements have included Messiah with the OAE, the RLPO and Canada’s National Arts Centre Orchestra and Pilate in Bach’s Matthäus-Passion at the BBC Proms with Arcangelo and Jonathan Cohen.

He studied at Clare College, Cambridge and is a graduate of the Guildhall School of Music and Drama’s Opera School. He was awarded the Audience Prize in the inaugural 2017 Grange Festival International Singing Competition. 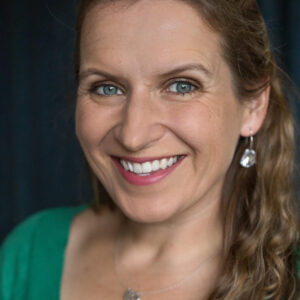 Anita Watson: Born in Sydney and now a dual British citizen, soprano Anita Watson is a graduate from the Sydney Conservatorium of Music and the Australian Opera Studio. She was a member of the Cologne Opera Studio and the Jette Parker Young Artist Programme at The Royal Opera House, Covent Garden.

She has won prizes in many prestigious competitions including the Australian Singing Competition, the Queen Sonja International Music

Competition in Oslo, Neue Stimmen in Germany and the Plácido Domingo Operalia competition. In particular, she was awarded the first prize and the audience award at the international ARD Music Competition in Munich and the SWR Emmerich-Smola Prize.

For Welsh National Opera, she has sung Micaëla Carmen and Countess Almaviva Le nozze di Figaro for Welsh National Opera and for English National Opera, she sang The Governess in the Olivier Award Nominated production of The Turn of the Screw at Regent’s Park Open Air Theatre. Her wider engagements have included The Governess in The Turn of the Screw at the Teatro La Fenice, Venice, and for the Théâtre du Capitole, Toulouse, Donna Anna Don Giovanni for Scottish Opera, Opera Australia, Nederlandse Reisopera, Landestheater Salzburg and the West Australian Opera, Mimì La bohème for Opera North and the Nederlandse Reisopera, Fifth Maid Elektra at the Salzburg Festival and Anne Trulove The Rake’s Progress at the Teatro Municipal de Santiago.

The Academy of English Voices was formed in 2017 to bring together professional singers with keen amateur musicians, some of whom might well have chosen the music profession but opted for careers in other walks of life whilst continuing to sing at the highest level. Projects have included performances of Handel and Bach oratorios, and performances in Europe and Israel as well as the UK. Last year the choir was the chorus of Outcry’s performance of Beethoven’s 9th Symphony, and is delighted to return to  St john’s Smith Square to perform Brahms Requiem. For this performance the professional singers will be joined by Voce Chamber Choir and members of I DODICI. The chorusmaster is Tim Brown 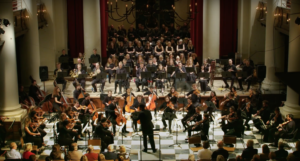 The Outcry Ensemble includes some of the finest young musicians in London. Tonight’s performers are: